One of the most unique aspects of Bitcoin is how it is sourced or created. With traditional fiat currency, governments and central banks can control the size and speed of the money supply (we can’t say for sure if the money-printing machine goes brrrrrrrr). Much of that control is exercised in a completely opaque manner among a select few decision makers. Bitcoin comes from a different kind of machine.

Fiat currency is technically unlimited. It can be created or destroyed at the will of policymakers. But Bitcoin’s supply is strictly limited – to 21 million Bitcoins, to be exact. This scarcity is one of the reasons why people often see cryptocurrency as digital gold. And, like gold, Bitcoins have to be extracted (or rather, issued) to be released into the supply – a process appropriately known as mining. However, there are no pickaxes, canaries, drills or crushers in the digital mineshafts.

What is Bitcoin mining?

There are blocks every ten minutes, meaning the issuance is 6.25 Bitcoin every ten minutes. However, every four years this block reward is cut in half. That means that in 2024, the reward for solving a hash will be 3.125 Bitcoin. This reduction in supply issuance is what gives Bitcoin its gold-like scarcity and ensures that only 21 million Bitcoins will ever be created.

While the mathematical problems are very difficult to solve, they are easily verifiable by everyone on the network. Think of it like a Rubik’s Cube: solving it is tricky, but you can tell when it’s complete because all the colours line up. So, as soon as a solution is found, every computer or node on the network can easily update their version of the blockchain to reflect the latest addition.

A short history of Bitcoin mining

The evolution of Bitcoin can largely be characterized by 3 different eras which are directly tied to advances in computing power or the improved application of that power to the mining process.

The first Bitcoin block was mined on January 3, 2009 by Bitcoin’s mysterious founder Satoshi Nakamoto. He did it the old-school way, using CPU mining. A CPU is basically the brain of a computer and allows you run applications such as the operating system, computer games and word processors, among others.

At the time, all Satoshi needed was an average personal computer to be able to mine blocks. The mathematical problems were easier to solve and he didn’t have much miner competition on the network. That changed quickly, though.

The next stage in the evolution of Bitcoin mining came when GPUs, or graphic cards, were reprogrammed to perform the calculations required for solving Bitcoin’s mathematical problems. While GPUs can also perform a wide range of calculations, they are specifically optimized for fast, simple calculations for rendering graphics, calculating the polygons and pixels that show up on the screen.

The third and most important stage of Bitcoin mining involves the use of ASICs, which are designed with the specific purpose of mining Bitcoin. Although the ASICs are orders of magnitude more efficient than GPUs and CPUs, they are extremely expensive to manufacture. First, the chip has to be designed. Then it has to be produced by a foundry like Taiwan Semiconductor. Then it has to be assembled and packaged. It’s quite different from the other two chips, which can be bought off the shelf of any computer store.

Since the introduction of ASICs, manufacturers have been in an arms race to increase efficiency through smaller transistors and lower power usage. Given that the ASICs are designed for one specific use, there is effectively no residual value as it cannot be repurposed for anything else and future generations render existing mining equipment less effective and, eventually, obsolete.

In recent years, ASICs have not experienced the same chip size reduction growth seen in its early day as we approach the known limits of the physics of the silicon semiconductor. As these chips have become more common, the focus for miners has since shifted to finding cheaper sources of energy. Financial and environmental considerations – tax planning and carbon footprints, for example – are also important drivers of profitability in the ASIC era.

Beyond the chips: Other important factors in Bitcoin mining

Computing efficiency among miners has levelled the playing field, thanks to the advent of mining-specific ASIC chips. As a result, the profitability of some Bitcoin miners is now driven by other factors, some of which can have an outsized impact on a miner’s margins.

Stated in cents/kilowatt-hour (kWh), this is typically the single biggest variable cost to any mining operation. China has some of the cheapest electricity around the world. They also have more permissive cryptocurrency mining laws, which is why most of the active Bitcoin miners today are located there.

You may be surprised to learn that Canada’s electricity rate is amongst one of the lowest in the world, as well. Of course, different provinces feature different rates. To put it into perspective, Ontario’s retail electricity rate today is about 8.5c/kWh with commercial rates being much lower. California, on the other hand, has rates of about 20c/kWh. It’s a lot tougher to be a profitable miner there, especially if you have to pay rent in San Francisco!

This is the wattage your equipment uses and directly impacts your electricity costs. One InnoSilicon T2T-30T BTC miner runs at 2400W, which is about the same as one and a half hairdryers on high heat. This is where older equipment will quickly become obsolete as it can no longer compete with more efficient miners as the technology evolves. Increases in efficiency can have a multiplying effect on electricity costs.

Recall that the complex mathematical problems that have to be solved to mine Bitcoins involve hashes. The more computing power a miner has, the higher its “hashrate” is. The hashrate is the number of guesses to the problem your equipment can calculate per second. The latest technology from InnoSilicon has a hashrate of 29-30 terahash/second. New advances take time to develop and it’s nearly impossible to predict the future hashrate of the entire Bitcoin network, and therefore how expensive it will be to mine a Bitcoin. In other words, it’s not always easy to stay competitive.

Cooling is crucial to keep the mining technology running at full capacity. If chips get too hot, they operate more slowly – something that’s known as throttling. Cooling adds another layer of cost because not everyone has the luxury of running their equipment out of a Siberian datacentre.

The fans used to cool the ASIC chips are loud, too. Some are rated at roughly 82 decibels. That’s about the sound of a jackhammer 50 feet away. Chances are you don’t want to live with a machine that sounds like a dozen jackhammers in your home.

Difficulty and price of Bitcoin

Bitcoin’s difficulty is a reflection of the hashrate of the entire Bitcoin network and since the hashrate affects the cost of mining, mining costs are higher when network difficulty is higher. In addition, miners need to consider Bitcoin pricing to determine profit margins. Both the difficulty and price variables are incredibly tough to predict and will impact miners’ business plans depending on their cost structure and view of Bitcoin.

These days, it’s almost statistically impossible for the average Bitcoin miner to mine a block by themselves. There are too many miners on the network, including those in sophisticated “mining farms,” for individuals to solve the mathematical problem alone. Instead, individuals often pool resources and mine together as a collective or cooperative pursuit.

Mining pools link computing power of various participants to compete with other miners/pools. When a mining pool adds a new block to the blockchain, everyone in that pool receives a pro-rata share of the reward based on their computing power contribution.

Bitcoin mining sounds easy, where do I sign up?

As noted above, there are a fixed number of Bitcoins issued every block, which occurs roughly every ten minutes. Newly issued Bitcoins go to the miner (or mining pool) that solves the mathematical problem. As more miners are competing to solve each mathematical problem, the computing power of the network increases.

The beauty of the Bitcoin blockchain is that with more computing power on the network, the difficulty of the problem also goes up such that it becomes tougher to find the solution. This is done through a self-regulating mechanism that essentially resets the average time for a problem to be solved back to ten minutes, based on the computing power used over previous blocks. The sole purpose of this reset is to control inflation – that is, the number of Bitcoin issued per period.

This has huge implications for a miner as they have to estimate what the difficulty will be over time as more and more power comes online from competing miners. They must then determine if the return on investment still makes sense, which isn’t always an easy decision by itself. The added uncertainty of Bitcoin pricing makes the call much harder.

Given that the process and the necessary decisions are so complex, mining isn’t something that most people could reasonably take up, particularly if they’re looking to make a consistent profit or just want exposure to price movements of Bitcoin. Bitcoin mining is not like learning to knit or making a sandwich.

If you’re asking yourself whether you should start mining, the answer is probably not. It’s much simpler to gain exposure by just buying Bitcoin. Or better yet, skip the thorny, do-it-yourself issues around digital wallets and engaging with crypto exchanges and just buy an ETF like Purpose Bitcoin ETF.

All data sourced to Bloomberg unless otherwise noted.

Commissions, trailing commissions, management fees and expenses all may be associated with investment funds. Please read the prospectus before investing. If the securities are purchased or sold on a stock exchange, you may pay more or receive less than the current net asset value. The indicated rate of return is the historical annual compounded total return including changes in share/unit value and reinvestment of all distributions and does not take into account sales, redemption, distribution or optional charges or income taxes payable by any securityholder that would have reduced returns. Investment funds are not guaranteed, their values change frequently and past performance may not be repeated. 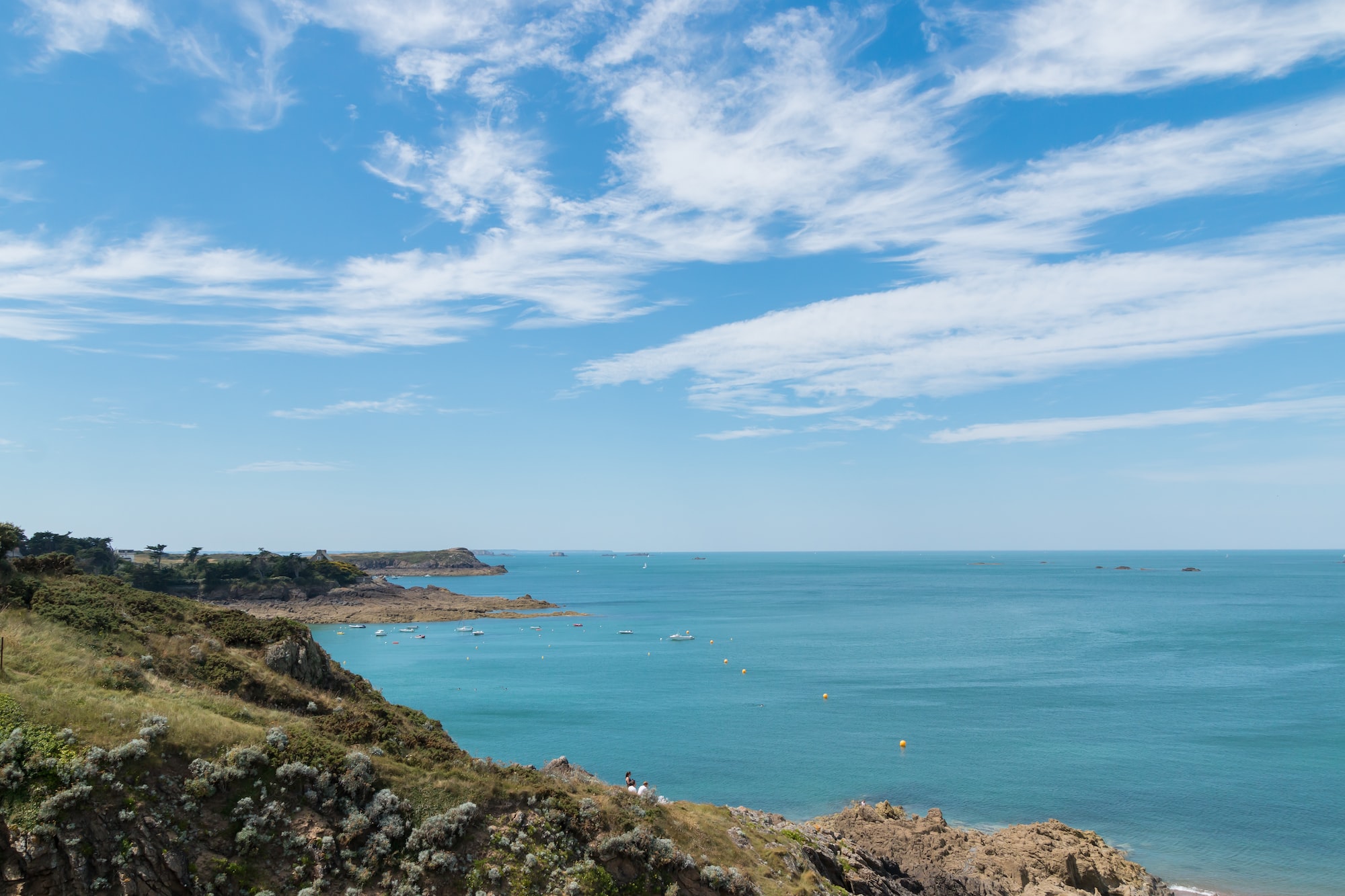